In April 2017 I delivered the keynote address at the Global Conference on Education, Research & Policy in Washington DC  entitled: Embedding Inclusion, Equality and Liberation in Media Higher Education.

In my speech I said that issues dominating the global agenda are centred on belonging, un-belonging, inclusion, exclusion and citizenship:

The rise in populist politics following the US Presidential Election and the EU Referendum has normalised racism, Islamophobia, homophobia, xenophobia and sexism, leading to an intolerable rise in hate crimes on both sides of the Atlantic. These are not issues that fall outside the boundaries of higher education that we should ignore, since the dominant ideologies, values and attitudes that influence discriminatory behaviour and prejudice (both individual and institutionalised) are channelled through and within higher education. As academics, we have a responsibility to protect, defend and promote equality and justice, as to do so means we are making a contribution towards tackling inequality in the wider society.

I went on to praise British students for their ongoing campaigns for a more diverse curriculum and told the audience that my work developing social justice pedagogy in media higher education was inspired by the 2011 NUS report: Liberation, Equality and Diversity in the Curriculum. I then gave examples of various student-led campaigns and events across the UK in London, Bristol, Liverpool and beyond, before explaining the design, implementation and evaluation of my final year undergraduate unit developed through 3D Pedagogy.

The night before I delivered my speech, I couldn’t help thinking about Martin Luther King Jnr, his pivotal role in the Civil Rights Movement and his many words of wisdom around equality and social justice. They serve as a reminder of why I chose to be a scholar-activist and the contribution this makes to current and future generations. Before returning to the UK, I visited the Martin Luther King Memorial and came home full of inspiration and resolve after reading the great man’s words immortalised in stone:

Make a career of humanity, commit yourself to the noble struggle for equal rights. You will make a greater person of yourself, a greater nation of your country, and a finer world to live in. 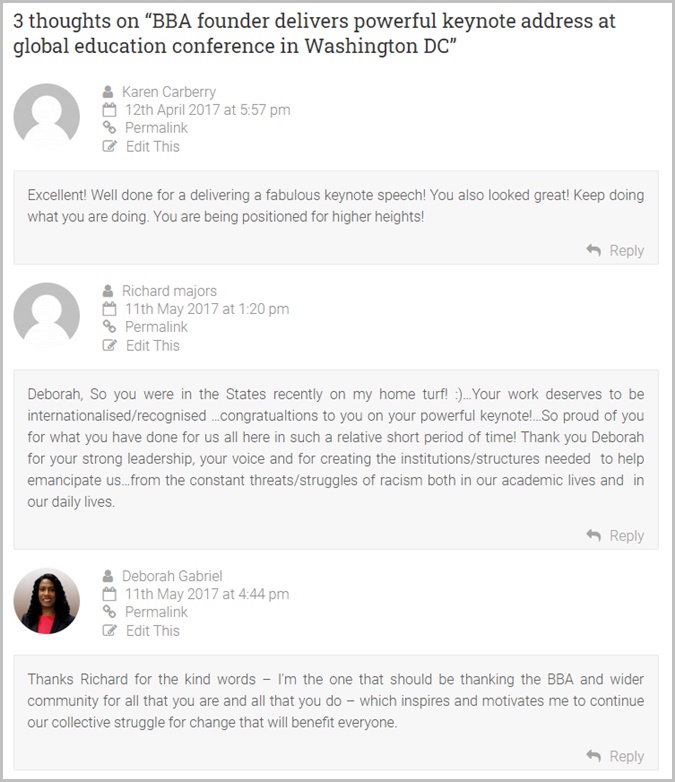 hover mouse at the bottom of the image for caption & click on the link to view lightbox gallery               (Note: the caption is not visible in lightbox mode)

Trying out the White House for size in Madame Tussauds!