For the past few years, much of my teaching, research and professional practice has been directed towards issues around race and gender inequality. I have embedded this critical  and intersectional focus into teaching through my 3D Pedagogy Framework™, and in my research; primarily through leadership of the Ivory Tower project that produced the edited volume: Inside the Ivory Tower: Narratives of Women of Colour Surviving and Thriving in British Academia.

Our first book in the Ivory Tower series, aimed to engender critical consciousness and agency: in other words, not merely the knowledge of raced and gendered inequality or a professed commitment to tackle it; but the agency, will and determination to eradicate it.

I fully expected Ivory Tower to fulfil our  Black Sister Network mission: ‘To empower women of colour within and beyond academia’ .

The dozens of emails, reviews and findings from quantitative data collected and analysed constitute much of the evidence of this. But the unexpected outcome – the apparent impact on White male agency, took me by surprise, as I explained in a Times Higher feature.

Revelations of the impact of Ivory Tower on the White, male psyche were also shared face-to-face by colleagues within and external to our institutions. They provided hope that change is possible, yet experience has taught me that even with the best intentions, White privilege has a way of blinding individuals from seeing subtle forms of discrimination that they do not personally experience. I remained perplexed by the profound question that plagued me about White male agency, prompted by my own experiences. This inspired additional research through critical ethnography and theoretical analysis that focuses more on the principal social actors  at upper and middle management level and how their implementation of academic practice maintains a racial hierarchy in academia.

Below is an excerpt from my forthcoming chapter:

White males frequently act as both allies and enemies to women of colour within HE institutions through paradoxical behaviour I have defined as ‘ally-enemy’ that falls into three distinct categories:

These men are usually supportive and are allies most of the time, but when they feel threatened by your achievements seek to undermine your efforts. They also become defensive when their White, male privilege is challenged but usually get over it and resort to being supportive. They are relatively harmless but clearly due to their fickle nature cannot not be fully trusted or relied on to speak up for you.

These men are extremely dangerous – both because they tend to hold positions of power in middle management and often act collectively to block the career paths of those below them perceived as a threat; and because they mask their enmity through colour-blind discourses. Their smiles conceal frustration at not having risen to the ranks of senior management and a ruthless indifference to gender equality that comes with being able to discriminate with impunity. They do not perceive themselves as misogynists and are generally regarded in positive terms by colleagues as their convivial persona masks their rugged determination to achieve corporate success. Despite usually being married with children which helps them appear progressive, they undermine organisational efforts to deliver gender equality, frequently acting collectively with other White males to block the progress of women in their department. They do not perceive themselves as racist; but while ambitious White women annoy them, they have an intense dislike of assertive women of colour and will go to any lengths to derail their progress and block career progression. They have a history of blocking the career progress of women of all ethnic backgrounds in their department – some give up and leave the organisation or department, which helps maintain the status quo.

These men are usually to be found at senior management level. They do not display signs of enmity as they are not threatened by you since they are too far above you to view you as a competitor. They often display outward signs of support and perceive themselves as progressive – genuinely seeking progress towards equality within their organisations. However, these men are potentially dangerous, for different reasons to the OAFEs. This is because they are either cognizant of raced and gendered discrimination and turn a blind eye because they feel the OAFEs meet the requirements of their job. Alternatively, they are too far removed from the day to day operations within departments and remain ignorant of the entrenched system of inequality, which allow the OAFEs a free reign to discriminate at whim and maintain the system of White, male patriarchy that plagues a variety of industries, including HE. The lack of a critical consciousness around race and gendered discrimination and the complex ways in which microagressions play out only serve to compound the problem. Ironically, while PAs are mostly concerned with the reputation, standing, sustainability and profitability of their organisations, the OAFEs that dominate the middle management strata do much to diminish all four objectives. Not only do they constructively remove talented women from the organisation that contribute towards its success, but they stifle creativity and productivity which are compromised by their relentless, oppressive and discriminatory practices, often fuelled by low self-esteem and petty jealousy. Their behaviour has a direct impact on the economic prosperity of the organisations they work in. Numerous studies have shown that organisations with the greatest levels of ethnic and cultural diversity among employees – especially at senior management level, are more productive and profitable – so the OAFEs undermine strategic goals and act contrary to the corporate values around equality that organisations profess to hold dear.

Both FAOEs and OAFEs are sometimes facilitated by complicit White females (CWFs), who themselves perpetuate raced and gendered discrimination for two distinct reasons. The first is motivated by ruthless individualism and a pressing desire for career progress, whatever the cost. CWFs become defensive if challenged over their duplicitous behaviour and hypocrisy (professing gender equality but ignoring race) and view you as a competitor. They often resort to devious methods to mask your achievements and limit your progression and will sometimes collude with OAFEs. The other type of CWF perceives herself as a victim of gender discrimination, but fears reprisals – and is also unconcerned by race, so does not speak up about the behaviour of OAFEs. CWFs benefit from White privilege, and though not to the same extent as White males, do so sufficiently for them to opt to support the status quo, rather than risk losing their place in the racialised hierarchy to women of colour.

In conclusion – the behaviour of OAFEs is consistent with social closure, a process by which groups with collective identities maximise rewards by restricting access to others deemed as not possessing the eligible criteria for inclusion [1]. The dynamic nature of White male ally-enemy behaviour, a distinct form of raced and gendered discrimination; makes it very difficult for the various social actors within organisations, with their competing personal agendas and priorities, to address. It is for this reason that raced and gendered inequality in the workplace is so entrenched, pervasive and persistent.

Race and gender equality cannot be realised while the subtle but impactful discriminatory practices as outlined above, continue to go unchallenged and unaddressed. Women of colour who are forced to work harder than White male and female colleagues just to be in contention for career progress (that never comes) must be both protected and appropriately rewarded for their contributions to their organisations and the wider society.

The solution lies in a commitment by senior management to a relentless pursuit of social justice that must be embedded at all levels within organisations through a critical framework for race equality. This necessary ‘political’ mission requires employees with the critical consciousness, agency and moral compass to stamp out discrimination and hold accountable those that perpetrate it.

PAs must be vigilant in rooting out OAFEs who are the real threats to the success of organisations. There can be no justice without accountability. OAFEs must be held to account for their roles in blocking race and gender equality and moved to positions where they cannot discriminate with impunity. A ‘political’ mission is a necessary strategy for organisations to realise their strategic objective to enrich society. Until corporate leaders are prepared to embark on such a mission, gender equality still has a long way to go.

Excellent chart - Black Sister Network & Black British Academics endorses this chart as a tool in trying to engender a critical consciousness around raced and gendered discrimination. We don't need 'expressions of commitment' we need institutional support and action! https://t.co/H30xdUbXNP 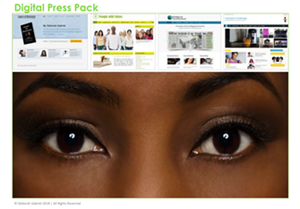 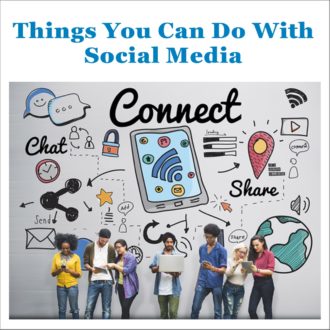